Temporary exhibition: Man on the Moon – 50 Years since Apollo 11

The landing of the human crew on July 20th1969 is considered the largest space exploration event. The story marking the 50th anniversary of the landing of Apollo 11 is told by a philatelic exhibition supplemented by the collected Apollo pictorial material.
The exhibition is complemented by the issue of a special personal postage stamp, a commemorative postmark and the issuance of a commemorative anniversary postcard available to visitors.
The focus of the philatelic portion of the exhibition is on the Apollo program and the first-person landing on the moon. The story is interwoven in time with the beginnings of space-view associated with Greek mythology and continues with many groundbreaking discoveries of human entry into space. In our conclusion, we look back into space and look at the goal of conquering Mars.
A considerable part of the philately is American, supplemented by the rich pictorial documentation of the late Michael Fock. The exhibition is prepared on 112 A4-size sheets, specifically for this Jubilee-shaped backing sheets with a moon surface motif. The entire philatelic section is based on original postage stamps. 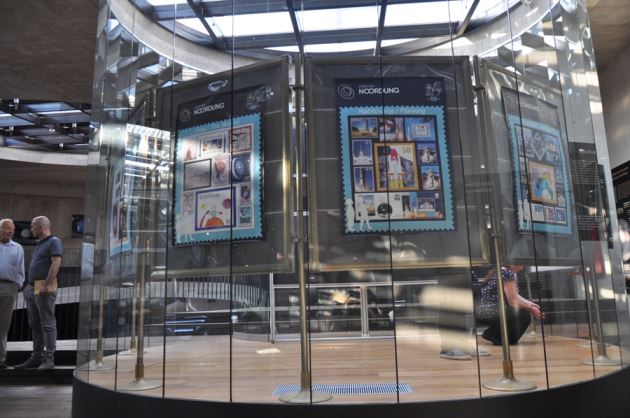 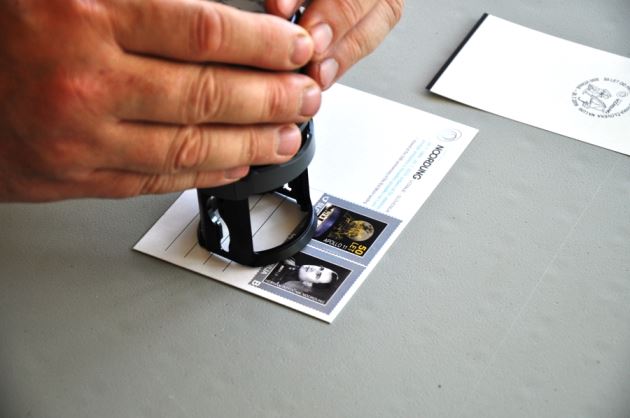 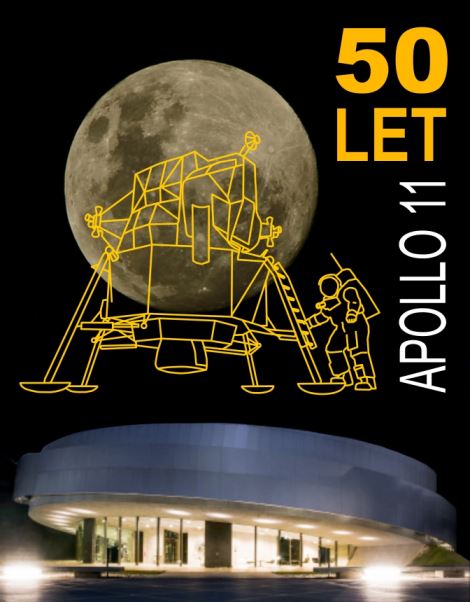